Friends and family alike gathered today to mourn the passing of local performer Ray Boddington, after he was hit by a tram last month.

Boddington, aged 78, was known for entertaining passers-by on Manchester’s Market Street, as part of the cover band The Piccadilly Rats.

A service was held at 1.00pm at Agecroft Cemetery, Salford, where around 50 people attended an intimate service. 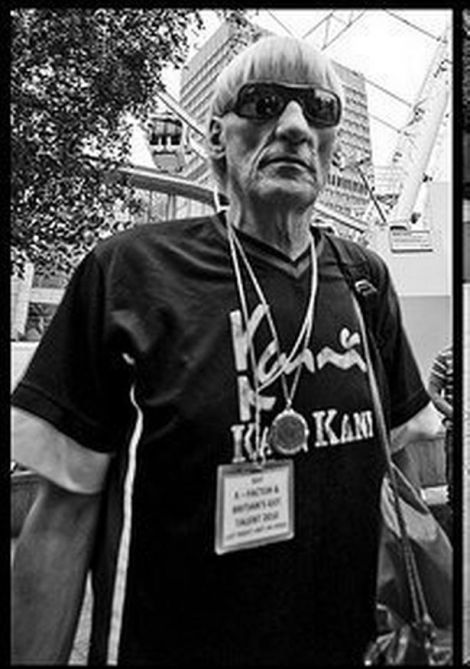 The hearse leading the service visited Piccadilly Gardens for a short while, whilst fans and local residents paid respects, creating a shrine where the band usually pay. 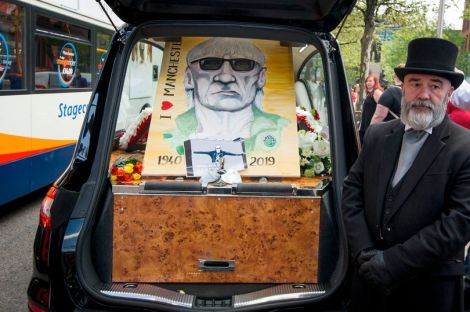 Rays daughters Andrea and Mandy, said they have struggled with the loss of their father, but the support from the local community has helped.

Andrea said: “He will be missed, a legend has been taken. It has been hard but it is comforting hearing some of the stories and knowing he was so loved”.

Gaz said: “He was absolutely unique, his dancing was unbelievable. Everywhere we went people would want to take a selfie with him”.

Gaz also added the band would continue to play, but it “wouldn’t be the same”.

Ray Boddington – brought a smile to many and loved his city – a trip to Manchester and guarantee you’d see the @GPiccadillyRats entertain the passers by close to Piccadilly Gardens. Dancing to That’s Entertainment – how very fitting! RIP Ray and show em how to dance up there! x pic.twitter.com/iAEybuci5q

Another user wrote: “He is a legend and will never be forgotten that’s for sure. Definitely one of the faces of Manchester”.

Aline Frantzen, managing director of KeolisAmey Metrolink said: “We are deeply saddened to hear the news of Ray’s death and our thoughts are with his loved ones”.

“We will do everything possible to support the authorities in the investigation, as well as our colleague who was driving the tram, as this has been traumatic for her.”